Here is a collection of all themes I created for the Cool Cavemen website over the years.

Before settling on its current name, the Cool Cavemen project was referred to by its members as The Ultimate Band (talk about rock-star egos…). Here is a screenshot of the theme I did for e107: 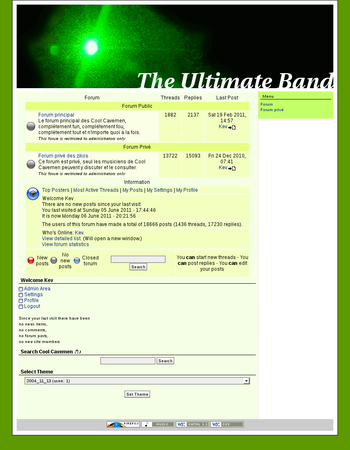 In fact the original HTML mockup this theme is based on still exists. It is dated back to November 1 st , 2004, which is now the official Cool Cavemen anniversary . The theme above was created two weeks later.

When I created the Cool Cavemen’s site, I choose e107. Back then I perceived it to be the only Open Source PHP -based CMS having the best balance between a clean and a powerful theme engine. That was my opinion before decided to switch to WordPress .

At the end of November ‘04, our theme was updated to this: 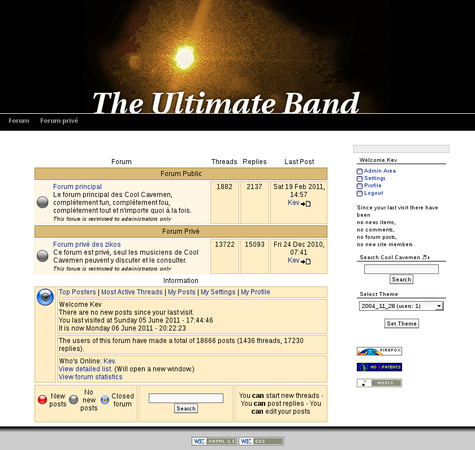 The header above is based on a photo of a green laser, that was taken by Cool Cavemen’s guitarist .

2005 started with an updated version of the theme, featuring a photo of Cool Cavemen’s first gig. They were only three on stage, our bass player was still drumming at the time: 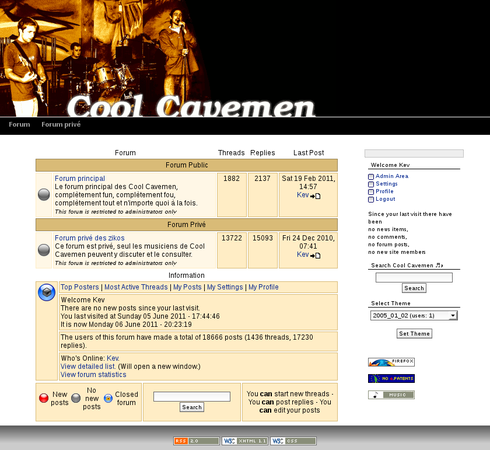 In February we finally had our official photo featuring all members of the band! But it was cold outside so we added some fur to keep our website warm: 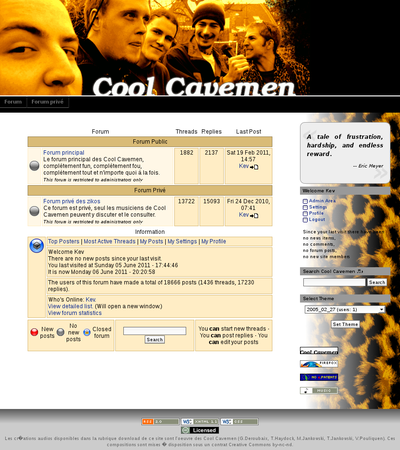 I spent the next months trying to build my own version of the Holy Grail : a perfect CSS -based 3-columns fluid layout (with a middle column placed in the top of the HTML ). This explain Eric Mayer ‘s quote in these mockups and the references to the Skidoo Too template : 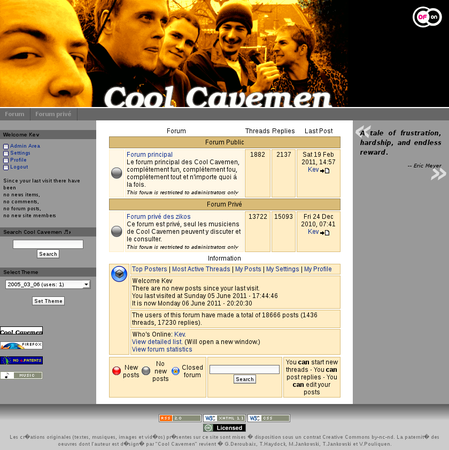 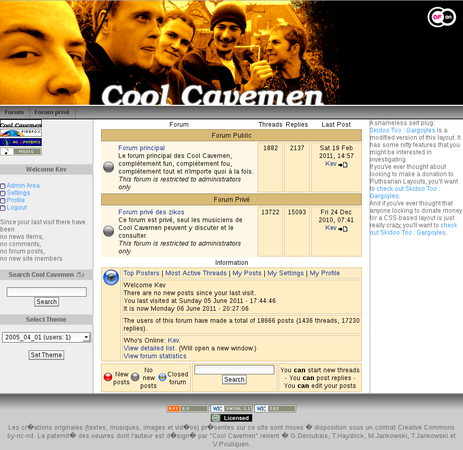 I never found the Holy Grail, and the tests above remained unseen by the public. Tired by this journey, I never touched the theme again.

Until September 2005 when I updated it to this:

Notice the box in the top of the right column, which was designed to publish a new track every week. The code behind this box is available in another article.

So that was the last major version of the theme. Basically our e107 site looked that way for most of its life.

In November 2005 I attempted to reboot the theme. I made these 3 propositions to the band: 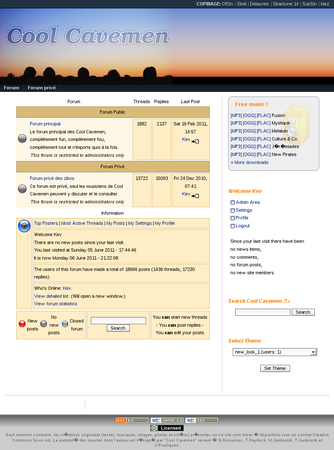 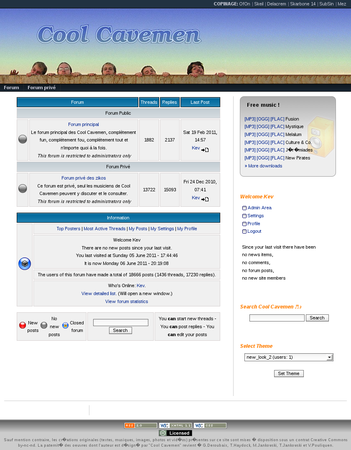 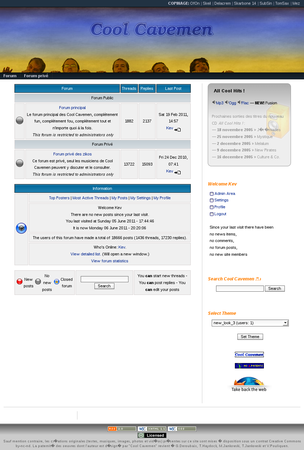 The last one had an interactive header, with tiny sketches showing up on mouse over:

Unfortunately we didn’t found any of these themes matching the Cool Cavemen spirit (whatever that is). If these alternatives were publicly discussed , we decided that no one was going to replace our previous theme.

The final update we made was when our Raw EP was released. We basically applied filters on the header to match Raw’s cover. We also updated our logo to use the one designed for us by QPX : 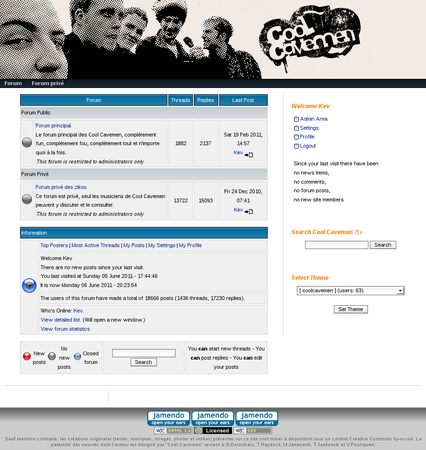 Then I switched to WordPress: 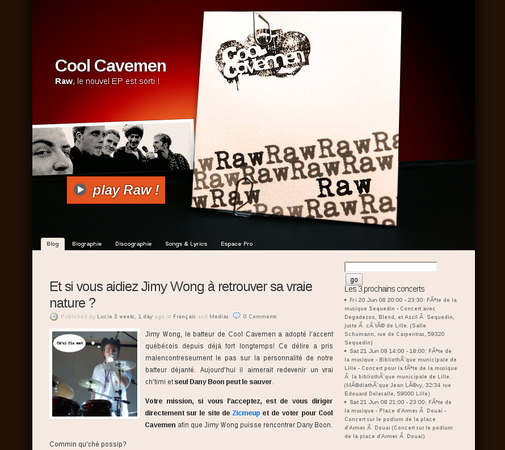 The new theme was based on K2 , on which I added a corner banner while it was on beta.

2007
I’ve updated my Sapphire adaptation for the new K2 v0.9.6 release. Sapphire 0.3 is now compatible with K2 sidebars, which mean that the header and footer of the theme will be expanded or reduced according to the number of sidebars. To achieve this flexibility, I had …

2007
I’ve just release a new version of my Sapphire adaptation for K2 theme. This second release not only fix margins regarding the main layout, but also styles of blockquotes and lists (to render them consistently in comments). Here is a direct download link to this v0.2.

2007
Yesterday I’ve build a new K2 style based on the legacy Sapphire 1.0 Wordpress theme by Michael Martine. This is the result of my love to the blue bend of Sapphire and the versatility of K2. As you can see in the footer of that blog, I’m …